Charlie guiding a client to the summit of Mount Cook

Mary and Charlie purchased a farm on the banks of Lake Pukaki where they built a home with a focus on using as much in the way of toxic-free products as possible.
It was an exhausting job. A book on it will eventually be written about that journey. They found that there is a difference living in a toxic-free home and that what people call a green building is not necessarily so.

In 2015, Potton & Burton published Maryâs sixth book, High Country Stations of the Mackenzie, which features the history of most of the high country stations surrounding Lake Pukaki. Almost all of the contemporary photos in the book were taken by the author. The book became a best-seller. 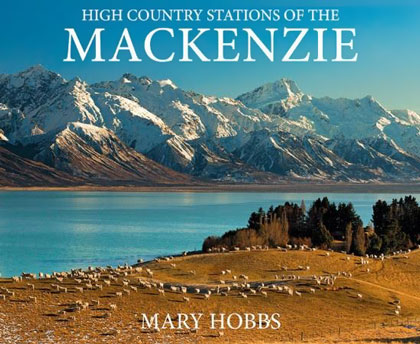 In November 2017, Potton & Burton published Maryâs seventh book, High Country Stations of Lake Tekapo, featuring the history of the high country stations surrounding Lake Tekapo. Most of the contemporary photos in the book were taken by the author.
Interviewed by Wallace Chapman of Radio New Zealand